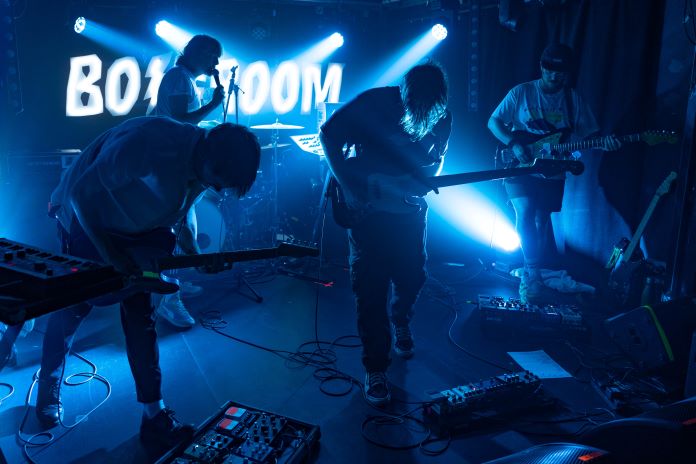 Cal Francis looks like someone who spent his last pound on a lottery ticket, only to watch the bloke behind him win the jackpot. It’s a strangely blank look from the singer whose band have released one of the most explosive records of the year.

It’s fair to say though, even on the hottest day of the year, nobody is expecting any feelgood summer hits from DITZ. 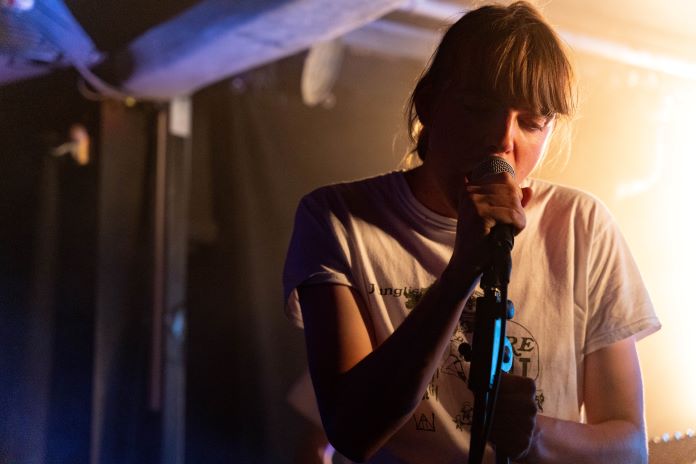 What we do get is a hit of clanging guitars and thudding basslines that breaches the eerie quiet of a balmy Sunday night in the Surrey commuter belt.

Maybe it’s the evening’s peculiar atmosphere and the Francis’s sombre stage presence that makes the start of DITZ’s set, on the opening night of their British tour, feel a little reserved. As someone seeing the band for the first time, off the back of those barrages of noise that greet listeners to their album and early singles, it seems unexpected not to have a frontman coming out full throttle, spitting words in the faces of those gathered. 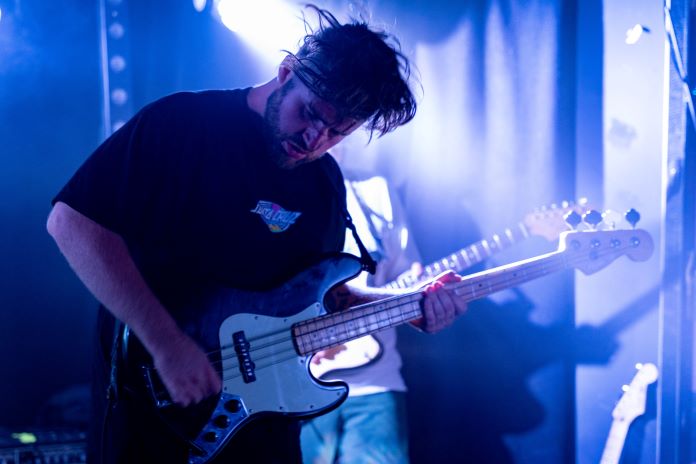 Instead, Francis doesn’t so much prowl the stage as shuffle between bandmates, occasionally turning his back on the audience only to then step off the stage to weave his way among those before him.

Yet for this restraint there’s something instantly hypnotic about this Brighton-based band that reels you in. DITZ are very much a band of the time. There’s anger and a bubbling fury that reflects the circus act of modern life, while still seeking out some positivity and hope to cling to. 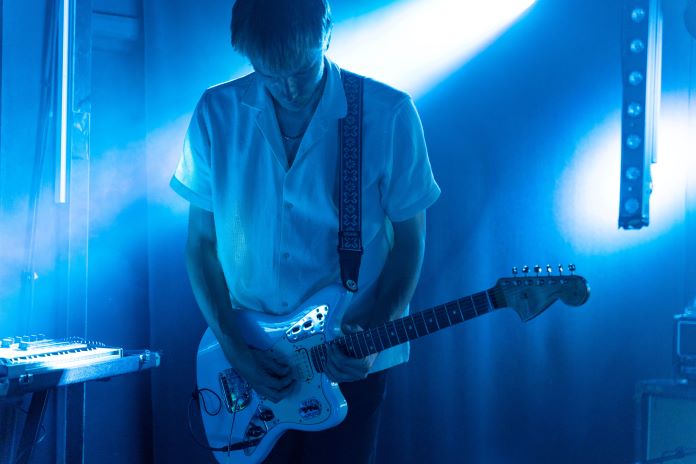 Here, the tension slowly builds like a coiled spring before it is unleashed on “Gayboy” and “Total 90”. Francis begins to bark his call to arms while shrouded in a darkness only occasionally broken by flashes of spot light.

“I Am Kate Moss” and Instinct raise the intensity levels, before the latter explodes again to set up the thudding bass of “HeHe” and “Teeth” to rattle our bones even further.

The set closes with the satisfying thump of “No Thanks, I’m Full” and, as the oscillating squeals of guitar pedals finally erupt, the song’s title is a literal sentiment with which few here would concur. We’re left with an appetite peaked. Yes Please, I Want More would be more like it. 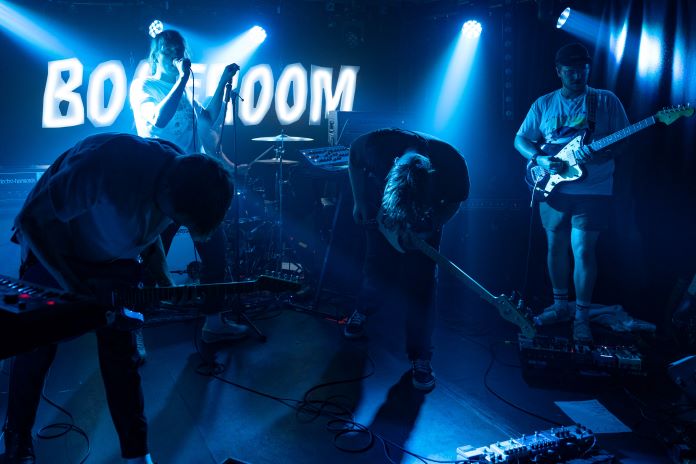