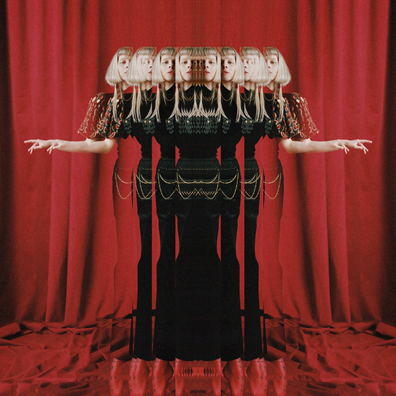 AURORA
The Gods We Can Touch
Glassnote

There’s a certain magical parity that exists between Aurora Aksnes’ airy physical appearance and her alluring musical complexion. Her onstage garb, which often resembles that of a white-haired forest fairy, is complemented magnificently by her silky, wintry brand of electropop, the likes of which is marked by acrobatic hooks and fantastical lyrics that could only be concocted by a Nordic mind. In other words, her entire artistic ethos is as it appears on the cover of her latest record, The Gods We Can Touch; she’s elegant, undeviating, and simultaneously in eight places at once.

With an appropriate amount of genre-bending gusto, Gods moves from jungly, bombastic vigor (“Giving in to the Love”) to gracefully breathy rhythms (“Heathens”) all while making well-timed stops in open, grassy plains (“A Little Place Called the Moon”) and haunting electronica (“Everything Matters”). “Exist for Love” is Aksnes at her most romantically fragile, with its swooning orchestration making it an easy highlight of an already strong collection. More grimly, “Cure for Me” is a dancy anthem that rails against conversion therapy, a powerful and inspired sentiment that is almost overshadowed by its catchy and agile melodies. Even the more understated tracks—the rousing “A Temporary High,” for instance—are memorable, with a distinct directness underpinning the delivery of every lyric.

Sure, there are a few tepid moments—“Artemis” doesn’t dazzle as much as some of her more upbeat tracks, despite its unique bandoneon and swerving vocal lines—but the true charm of The Gods We Can Touch comes in its sheer courage and darting melodicism; every passage, regardless of scope, goes beyond what is expected to craft truly engaging arrangements that work on multiple levels. The predictable pop structures that plateau at a predetermined level are nowhere to be found, with each prominent theme zigging when it is expected to zag.

When Aksnes opens “A Dangerous Thing” with the juicy line “something about you is soft like an angel,” she may be referring to a pernicious lover, but the sentiment in question—that a warm, fuzzy ambience emanates from a person with pure and whimsical intentions—could just as easily be self-descriptive, with Aksnes’ pure and wholesome flair more apparent here than ever. Though it’s certainly too early to discuss The Gods We Can Touch within 2022’s broader musical canon, it is undoubtedly a complete and flavorful work that contains all the glorious highs and careful lows that Aksnes has always been capable of producing, but has never fully nailed until now. (www.aurora-music.com)