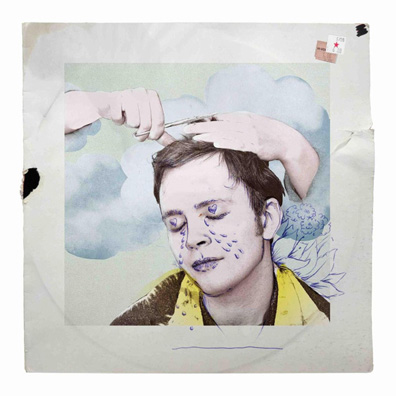 Back in 2007, Jens Lekman released his second full-length album, Night Falls Over Kortedala, on Secretly Canadian. It has gone on to become his most popular album, and deservedly so, but due to long-standing disputes over unlicensed samples, it went out of print back in March and was also taken off of streaming platforms. Fans were shocked, but placated when news of this “reissue” came out. Well, it is finally here, and “reissue” once again has to be put in quotes because this is really a re-recording and re-imagining of the entire album that somehow manages to sound as close to its original source as possible and be just as enjoyable.

While disc one (sides A, B, and C on the vinyl version) consists of re-recordings of the original 12-track album, disc two (side D on the vinyl version) is a bonus EP that features a sequel to “A Postcard to Nina,” one of the album’s many highlights. As for the other tracks, the reworked versions of songs like “And I Remember Every Kiss,” “The Opposite of Hallelujah,” and “I’m Leaving You Because I Don’t Love You” hit just as hard as the original album did back in 2007, the differences being mostly subtle. “A Postcard to Nina” remains devastating and funny at the same time while “Friday Night at the Drive-In Bingo” captures the spirit of other upbeat Lekman compositions such as “A Sweet Summer’s Night in Hammer Hill.” This is where Lekman’s Stephin Merritt-like voice, lovelorn, almost diary-like lyrics, and knack for pop hooks and sweeping baroque-pop strings peaked, so it’s nice to revisit this material.

It should also be noted that the companion album to this is The Cherry Trees are Still in Blossom, the simultaneously released reissue/reimagining of his 2005 compilation album Oh You’re So Silent Jens. (www.jenslekman.com)